“With large families, you have your little bands of workers and slaves”: The Planetmates reveal thingification, the economic lodestar, children as commodities, child labor, Nature’s parents

“So, in this mode, children get to live, but only at the behest of their caregivers. For as long as there have been humans, children have been poisoned through interaction with the unconscious of their parents, and they subsequently manifest the repressed undersides of fully growns, which is comprised of early unmet needs and corrupted desires. However, with this “advance,” this step in human “evolution,” children are actively molded—intrusively—to ends not their own, as well.

“Notice that with Abraham, at this point in history, humans are agrarian: They keep flora and fauna planetmates; they raise crops and they herd sheep. And this is a clue to how, from here on, children will be seen.

“Children will be allowed to live, but only to the extent that they further the agenda and ends of the adult. Children become chattel. They can be utilized, like any resource or investment, and much as humans use animal planetmates, for economic reasons and as little slaves. They can be sold and traded—and this you did and still do. So children are seen not much different from the way humans see the rest of Nature (including planetmates, flora, fauna, and even your women), that is, as investments. They are seen as tools, also. More about that later, in the 29th Prasad.

“Fundamentally, children are thought of as investments. They are commodities. You evaluate everything in the world along cold economic lines. Why? Because of your unnatural fears of deprivation and death, you have built your entire world and your entire consciousness oriented toward that—your economic lodestar. And with a sedentary/agrarian lifeway, there is more work, tedious and hard work, than when you were nomads and gatherers. Your living is harder, but it is more certain, as we have been saying.

“So, on this altar of certainty and increasing control, you sacrifice your children. You see them not just in terms of their level of burdensomeness, not just along the lines of getting a smattering of your unconscious needs fulfilled, though those are influences that always exist. Rather you focus all your intentions on what kind of person you can make of your children for your use later. Barely are you training them in ways to benefit themselves when they get older, but of course, you will do that, for language and primitive interpersonal skills are necessary for any human to function … and to be of use. Rather you are seeking totrain them to be better investments, more useful tools or pawns, in your survival struggles.

“This is why you might call this an intrusive mode of parenting. In this, you wander boldly and blindly into the soul of your child and you rearrange its elements in a way that you can use it. At this point, you have gone from infanticide and abandonment, to soul murder, to children being seen as things … as inanimate … not as live or animate beings with intention … but as objects in space, matter to be used. This is called thingification, and it represents a more separate state from Nature than even soul murder. 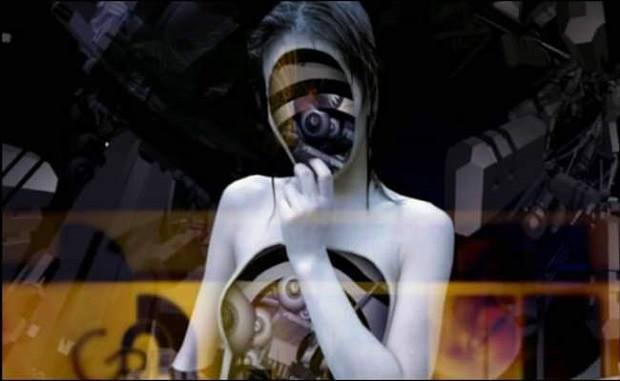 “So, it behooves you to intrude upon and dominate that innocent child consciousness, to train that “investment,” in order to maximize its usefulness when it is older. This is very much as you might put money into stocks and bonds as an investment in hopes of a future return. Your mind is calculating how much of physical resources you might need to “invest” in your child and how much “return” you might get … and when. And if there is not a profitable payoff, you are unlikely to do much more than trade, sell, or abandon your child.

“For the first time, then, sedentary/agrarian ways do provide advantages to people with children. Not one child, but children are wanted, for they can be workers. A larger brood of children becomes, with this lifeway, economically advantageous; whereas in your gathering and hunting, nomadic days, an extra child would be seen as another one to be carried along with the group and another mouth to feed, while providing little in exchange, until much later.

“But with large families, you have your little bands of workers and slaves. They are the best “employees” for they can be coerced to work and payment need only be in the amount of food and basic necessities that child might need to survive. You cannot get cheaper labor than that. Furthermore, they can begin to help at very early ages, thus expanding their years of economic value for you. Thus child labor becomes prevalent along with the tendencies toward larger families.

“To clarify, your crazed non-sedentary forebears still were ambivalent about children and perceived families as a burden in relation to their overblown perception of the struggle to survive. However since this burden was lessened through tribe membership and sensible birth control methods and family management, children who were born were—relative to later and to today—wanted, appreciated, and more seen and attended to.

“Alongside this, in the world of Nature, there was neither a disinclination for offspring nor an overinvestment in them. Bonding and affection with Nature’s young rose from the correct, biologically constituted, appreciation of the offspring, and this more individually so. Nature’s parents do not view their children through a dark, crazed veil of dry and thirsty deprivation nor a floral, milky gleem of vain and pathetic estimation.

“In contrast to both of these, agrarian anchors and accumulating, conniving modes fostered appreciation of increases of population, specifically, families, as beneficial in the struggle for survival. It follows that attention and energy would be put into these extra beings, seen increasingly as resources in the struggle against the monstrously over-apprehended fear of death.

“The upshot is that in your ever-increasing sedentary numbers, children were considered advantageous against that imagined encroaching darkness you carried. So the life of your otherwise doomed, helpless newborns was valued more often than not. Your desperate, suffering half-borns would increase your numbers as a defense against your personal demise….”

To see the entire book, to which this will be added eventually (book is two-thirds updated), go to the blog page at http://mladzema.wordpress.com/the-great-reveal-book-6/ …

Planetmates: The Great Reveal is also scheduled for print and e-book publication in late March, 2014 ]