Revolution in Science … Shunned: The Dire Import of Scientific Cowardice Regarding Their Own Findings as Relates to Humans’ Continued Existence on Earth … Science as Myth, Part One

“The Footprint We Have Discovered on the Shores of the Unknown Is Our Own”: On Science as Idolatry … A Physicist Reports on the Truth Behind Scientific Conjuring

The Implications of Matter As Metaphor

Consistently applying the new-paradigm perspective on matter and consciousness — as is attempted in this book … that is, of matter as an epiphenomenon of consciousness and the primacy-of-the-psychic-world postulate — requires a rethinking of theoretical constructions even in the fields of consciousness and psychology, which one would think at first hand to be amenable to this sort of view. However, our cultural context is such, our Western viewpoint so engrained, that even in these fields there seems a huge temptation to bow to the prevailing winds and a consequently understandable reluctance to go out on a limb against those. 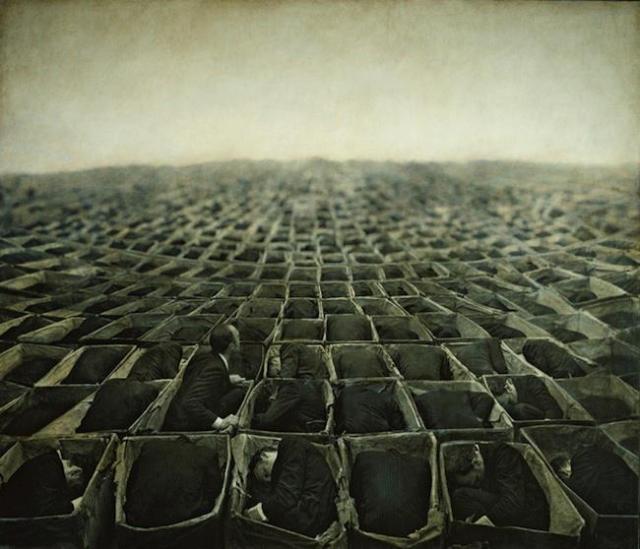 Thus, we have many hybrids — theorists who it appears are trying to please too many people, too many former mentors, or whatever; and who find themselves, consequently, unable to go steadfastly forward, following through consistently on the implications of the transpersonal perspective. For example, from a consistent new-paradigm vantage point, Ken Wilber (1980, 1981, 1982, 1983) — the “consciousness” guru of the more intellectual, less experiential wing of the transpersonal movement — appears as inconsistent as pre-Copernican astronomers in devolving his theories.

Therefore, much of this next part will entail addressing the way the perspective presented in the previous part, “Matter As Metaphor,” affects, expands, changes, and reverses the tenets put forth in transpersonal psychology and philosophy — especially those aspects associated with Ken Wilber.

The Revolutionary Import, in Science, of the New-Paradigm Perspective

But let us set aside transpersonal thinking for the moment to focus on the larger picture. It may also be argued that in the larger context of normal science, in general, the new-paradigm primacy of consciousness is simply irrelevant.

The Lengths To Which They Go

So it should not be too surprising to observe the lengths to which scientists will go in avoiding the implications of their findings. Their actions and behaviors have all the earmarks of what, in therapeutic circles, is called denial.

For example, Roger Jones (1982), a physicist, in his remarkable book titled Physics As Metaphor, points out how physicists in their day-to-day activities hardly consider the implications of twentieth-century findings in their field. He begins by noting that, “Quantum mechanics, then, may just possibly imply an essential role for consciousness in the scheme of things. . . .” (1982, pp. 6-7).

Nevertheless, he adds that

[T]he real issue is whether or not such ideas figure significantly in scientific research. It is, in fact, the rare scientist who is concerned with such matters. The Copenhagen interpretation may be the prevailing philosophy of quantum mechanics today . . . but it is hardly a hot topic over lunch at the research lab. Most scientists take a rather pragmatic and condescending view of philosophy, and its niceties have no direct bearing on their day-to-day research, thinking, and discussion. . . . Fifty years after the Copenhagen interpretation forced consciousness on an unwilling scientific community, there is precious little to be found in the research literature of physics to suggest any bridging of the mind-body gap.

In fact, in the last fifty years, the trend in mainstream physical science has been away from consciousness and holism and toward the mechanistic and divisible world of the nineteenth century. Fritjof Capra argues that despite the much touted promises of an ultimate unification in physics, modern elementary particle and quark theory is basically a throwback to the atomistic, thing-oriented notions of premodern physics and is contrary to the holistic, process-oriented currents in modern thought. (Jones, 1982, p. 7)

In fact, Jones (1982) goes so far as to say that in teaching physics and in publicly maintaining its precepts he often felt as if he were living a lie:

I found myself thinking hard about why and how to interest children in science, and this in turn awakened several philosophical issues that had troubled me over the years. As a practicing physicist, I had always been vaguely embarrassed by a kind of illusory quality in science and had often felt somehow part of a swindle on the human race. It was not a conspiracy but more like the hoax in The Emperor’s New Clothes. I had come to suspect, and now felt compelled to acknowledge, that science and the physical world were products of human imagining — that we were not the cool observers of the world, but its passionate creators. (p. 3)

The Footprint We Have Discovered Is Our Own

His implication is that physicists are aware of the subjective and arbitrary nature of the pronouncements and assertions they make about physical reality. It follows that they assert, with such authority and with the certitude of fact, things which they know to be only conjecture, or at the most, conjuring.

I . . . suggest that scientists (and indeed all who possess creative consciousness) conjure like the poet and the shaman, that their theories are metaphors which ultimately are inseparable from physical reality, and that consciousness is so integral to the cosmos that the creative idea and the thing are one and the same.

What else are we to think when the theory of relativity teaches us that space and time are the same as matter and energy, that geometry is gravity? Is this not an equating, an integration, of mind and matter? Is this not an act of poetic, perhaps of divine, creation? And what of the astronomer’s black hole, the perfect metaphor for a bottomless well in space from which not even light may escape? Which is the reality and which the metaphor? And what of quarks, the claimed ultimate constituents of matter, locked permanently within the elementary particles they compose, never able to appear in the literal, physical world? Are they not constructs, figments of the mind, symbols for a collection of unobservable properties?

How is the quark more real than figurative? . . . Indeed, as Sir Arthur Eddington said in 1920, the footprint we have discovered on the shores of the unknown is our own. (p. 5) 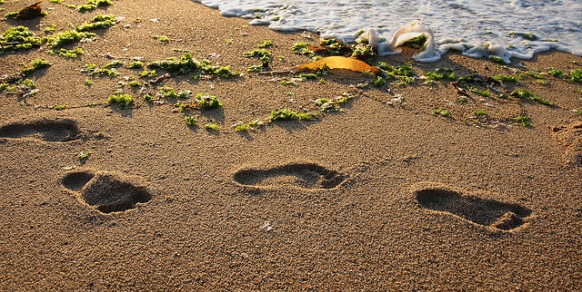 Finally, Jones goes so far as to equate with idolatry the elevation of such man-made scientific constructs to objective status. And he suggests that such deceptiveness and failure to be completely candid is linked to some of our major modern crises: 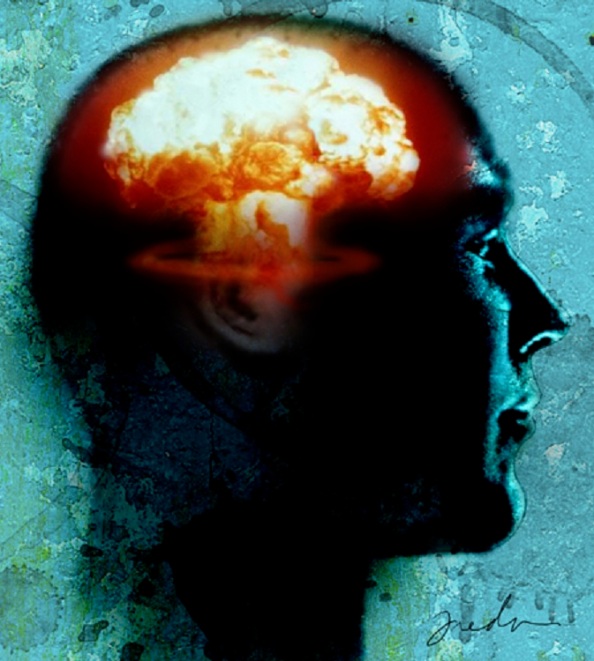 For the full elaboration of the idea of science and the physical world as a construct of the mind or a collective representation, I owe a great debt to Owen Barfield and his writings, especially his book Saving the Appearances — A Study in Idolatry. It was Barfield who helped me most to fathom the deceptiveness of science by seeing that when metaphors become crystallized and abstract, cut off from their roots in consciousness, and forgotten by their creators, they become idols. For an idolator is not so much one who creates idols, but one who worships them.

This failure to recognize the central role of consciousness in reality and thus to treat the physical world as an independent, external, and alien object has been a chronic problem throughout the modern era of scientific discovery, since the Renaissance and the Enlightenment, and has reached a critical stage in the twentieth century with its unconscionable, and largely unconscious, ravaging of the environment. (Jones, 1982, p. 5)

Continue with When Tradition and Religion Break Down, All Truth Is Liable to Erupt: The Center of the Onion Is Nothing … The Last Secret to Be Told Is That There Is No Secret.

Return to Are Aliens Actually Angels Attempting to Midwife Us Into the Next Higher Stage of Our Ascension to hOMe? Matter as Metaphor, Part Ten

Refusing to acknowledge the central role of consciousness, which their own science has demonstrated to exist, they can deny consciousness to all of Nature and rape it.

Think back to how science once told us that babies did not feel pain. They still don’t acknowledge there is sentience in planetmates (animals) like there is in humans.

With those kinds of attitudes all of nature can be raped and exploited. And thus we have the situation today.

But those are just examples. There are plenty more.

Think of how medical science views us as just like machines (i.e., without real consciousness), instead of holistically like they should. They fix and replace our parts. That is what comes from this attitude.

They certainly don’t ever/never did view humans that way in indigenous cultures.

Native Americans had planetmate spirit guides and if they hunted, they asked forgiveness for taking its life. Whereas we treat sentient beings, planetmates, like they are items being produced in a factory … their parts nicely packaged. And they are raised with no consideration that they are conscious beings and feel pain….

when you objectify Nature the way we do, we get to the point, as we are, where we even begin to objectify ourselves and begin acting like things, like machines … like robots… not like souls or spirits with intrinsic, not to mention divine, worth

very much so, matrix fits in. This artificial construction … this objectification *is* the matrix. It is the artificial reality we consider more important (because we’ve been taught to) than our own lives, than our own loves, than our own feelings and experiences. And part of that, of course, is that we value ourselves not as emotional-spiritual beings but as economic units with specific units of measurement in dollars designating us.

the old-fashioned word for this is “dehumanization” … but of course that is only when we are speaking of this process with humans. But we do it with all of Nature, with all life, we do this process of reducing it to its objective status only. And that way it can be *used*

So you see how this attitude in science goes hand in glove with a capitalistic system of economics which seeks to exploit all of Nature for someone’s monetary gain.

And that brings us back to the point of the article. Science has gone beyond that understanding of reality but refuses to acknowledge that it has. So truth has been dismissed as irrelevant to profit.

Continue with When Tradition and Religion Break Down, All Truth Is Liable to Erupt: The Center of the Onion Is Nothing … The Last Secret to Be Told Is That There Is No Secret.

Return to Are Aliens Actually Angels Attempting to Midwife Us Into the Next Higher Stage of Our Ascension to hOMe? Matter as Metaphor, Part Ten