We Discovered the Heart of the Problem in the Heart of America: Our First-Hand Look Into “Tinkle-Down” Economics, Reagan-Style, and Where It Would Lead

Lest We Forget and Things Never Before Seen: A View Into Reagan’s America — A Place We Never Left, Its Dire Prophecy Still Unfolding 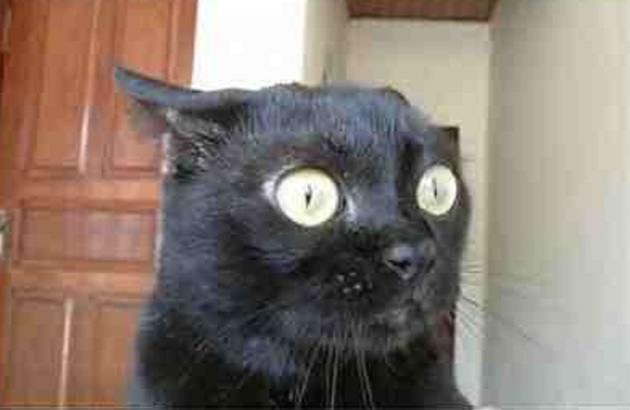 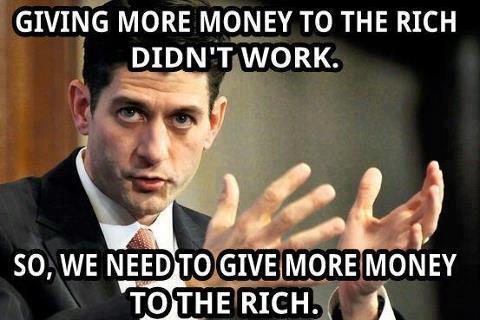 “This land is your land,” they sing. Taking them at their word, my wife and I spent a year, in the early Nineties criss-crossing our land in a twenty-three-foot Prowler travel trailer, pulled by an old but ambitious Oldsmobile with way too little horsepower. Our idea was to attend conventions and trainings in our field before we had to be in Northern California, by September 1992, where I had accepted admission into a graduate program. [Footnote 1]

So West and East, North and South we went—there was much to see…all too much to be alarmed about. This was, after all, in 1991-1992, the final year of the Reagan-Bush era when Reagan’s voodoo economics had played its course in distributing the wealth upward to the wealthy where it could be squandered on luxury items like yachts and overpriced objects of art and the trickle-down theory had shown itself to be a piss on the poor or, let us say, “tinkle-down” reality.

Correspondingly, the 1980s “party” was over. It left little money for government to do its job properly, though. The National Debt, after all, had nearly been quadrupled in this Reagan-Bush give-away to the rich. Budget cutbacks at all levels of government were in effect…and these cutbacks were grossly evident in what we saw.

Similarly, the suckers…or coke-heads, or both…who had bought into the false prosperity promised by the Robin-Hood-in-reverse fiscal policies of the Eighties were now waking up from their mania with the hangover of ill-conceived schemes in ruins surrounding them. This was apparent in the places we traveled as well. All over Florida and Georgia, for example, we saw shopping centers looking half like ghost towns—evidence of recent bankruptcies or, my wife wondered, is it possible those spaces were never leased?

The only thing comparable in my experience I could think of was Springfield, Oregon, during the recession of the early Eighties. I remember well, while doing door-to-door anti-nuclear canvassing, how up to half the houses in a given neighborhood would be empty and unoccupied…the continual frustration of nobody answering doorbells leaves an imprint, I suppose…. 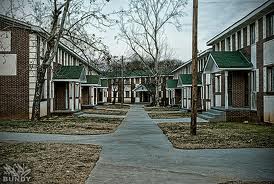 We used to call it “neutron bomb turf”; and it almost—but not quite—served as an excuse for not making “quota.”

In Springfield, where the lumber industry was taking a beating because of the lack of new housing starts caused by the recession, people had moved out of town to look for work where it still existed. 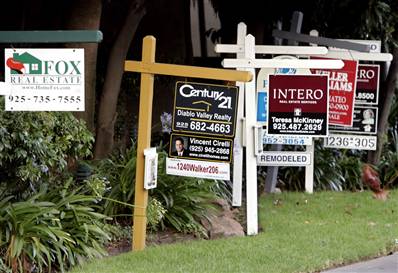 But in the South in the early Nineties it was somehow different. My wife and I wondered if this plethora of vacancies had something to do with the S&L scandal: all those boondoggles…all those poorly conceived investment projects gone belly up, leaving only haunted shells as evidence of that mania.

Throughout the South, evidence of the cutbacks in services was everywhere. Too often we found rest areas along the highways so overcrowded we had to drive on for lack of parking. We saw tractor-trailers forced to park along exit routes, or side roads—anywhere there was space. Some rest areas had “two hour limit” signs—something else I had never come across—and others were closed down completely…”for cleaning,” allegedly.

I half expected to see truck wrecks littering the roadsides as I envisioned the plight of truckers pushing on in bleary-eyed exhaustion for lack of some place to pull over; or raising themselves up from a dead sleep, in a fog, with an alarm clock set to abide by the two-hour limit. I myself was rather dangerously dazed several times when, in the wee hours, we were forced to continue past eagerly anticipated rest areas that turned out to be barricaded or otherwise unavailable.

These imaginings of sleep-driving truckers barreling, obliviously, across

medians and into oncoming traffic it turns out were premonitions, as a few years later they were proven to be horrifyingly correct. In 1998 to be exact, this problem became big enough to finally become a story in the mainstream media. Highway deaths, caused by a lack of places for sleepy truckers to park, were piling up in numbers too large to ignore any longer.

Of course, the media provided an alternative to fully acknowledging this truth—as they are wont to do—by laying alongside the actual facts a concocted theory that some trucking companies were at fault, for pressuring truckers to meet unreasonable deadlines for delivery. Regardless, scores of cars and other trucks have been involved in some of these accidents, including head-on collisions, with people dead and many injured.

But in ’91-’92, these realities had not been statistically blatant enough to make the evening news and went unnoticed. However our U.S. Congress was not completely oblivious to such effects of its cutbacks. “America can no longer afford to maintain its infrastructure,” they said in 1993 when they had the chance to appropriate money for ordinary maintenance.

To get themselves off the hook, they dared to call these highway and infrastructure funds “pork barrel.” And instead they wrote laws to crack down on the truck drivers and their employers for overtime driving…now that’s gonna find ‘em a place to pull over!

In our travels we also found that roads were often bumpy and wavy—“these are supposed to be freeways,” I mused,” not side roads.” The “deteriorating infrastructure of America,” they called it.

Related to this, we found many roadways were not clearly marked and signs were out of date. In trustingly following them, we got lost a number of times. It seemed nobody cared out there; nobody was paying attention. I lost count of the number of side journeys and turnarounds we were forced to make.

I don’t remember ever—in my fifteen or so transcontinental adventures over twenty-three years—having so much trouble with signs.

Often we were forced to return to the point of departure from the true course, and I’d examine the sign that led us astray. “Yes, dammit, the sign does indicate to turn here for that route.” I wondered if perhaps that was once the correct way but had since been changed without the sign being corrected.

And then I imagined all the other cars, of all those others who didn’t just so happen to live in the area and be aware of this anomaly, traveling up that

side road and turning back around again…almost as if that were part of the route—to make that kind of loop before proceeding.

I pictured a local watching these cars, one by one, turning around in the course of a day. “Check it out, Mabel,” he’d chuckle. “We got another one.” Or, “Strangers in town! Strangers in town!” It is something to behold…smacks of human futility and ridiculousness.

I thought of the gallons of gas wasted in this way…of the jobs in maintaining these services—to keep things in working order and correct—that no doubt were lost.

I thought also of the huge sums of money now gone that could have been spent this way—money which was wasted instead for weapons to fend off a Red Menace that turned out to be a straw man. I recalled with anger how the warhawks tried to take credit for the downfall of Communism by claiming it a victory for their weapons-production policies, how I never heard it pointed out that the fact that Communism collapsed from within indicates a tremendous waste of money and poor policy to think that we needed to prepare to fight it from without.

So much for being the “wealthiest nation in the world.”

And then there was the situation in the state parks. More than once we were prevented from camping for a night. We arrived too late at a park and were unable to enter—an iron gate barring the driveway.

We found other evidence of cutbacks: a cutback in employees; areas roped off and blockaded, not to be used. My mind liked to break into a “This Land Is Your Land” melody when encountering such barriers and fences; the overall effect would be altogether depressing.

All this of course in addition to the other signs of deterioration: pollution of the countryside, over-industrialization, wilderness areas turned stinking and worn by commercial interests.

On one occasion while hiking in a Florida park, once more due to a lack of signs we lost our way. 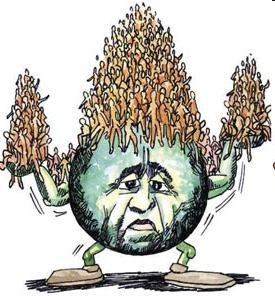 During the inadvertent nine-mile hike back to our campsite, we saw signs…at least there was money for these…indicating how the dunes should not be walked on because the sea oats would be worn down and killed—resulting in sand drifting, blowing around, killing trees, and destroying campgrounds.

And indeed everywhere we walked it appeared as if thousands of people had stamped beneath the trees, so that even the space between them looked like trails. I began to speculate on just how many people there are on the planet. Clearly the basic problem was there were too damn many of us here! 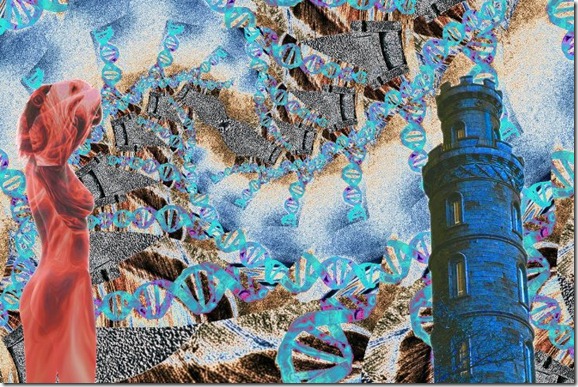 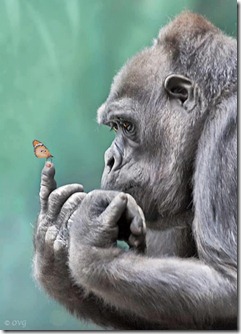 I began to consider how far we’ve gone astray from any meaningful or sustainable path for our species on this planet. 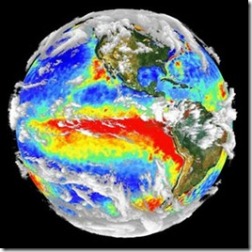 I reflected on how the effects of the changes we’ve made—for example, the reduction of oxygen in the atmosphere that goes with the increase of carbon dioxide, known commonly as the greenhouse effect—how it’s been discovered that these effects keep people close to their unconscious pain, closer to their unconscious in general. 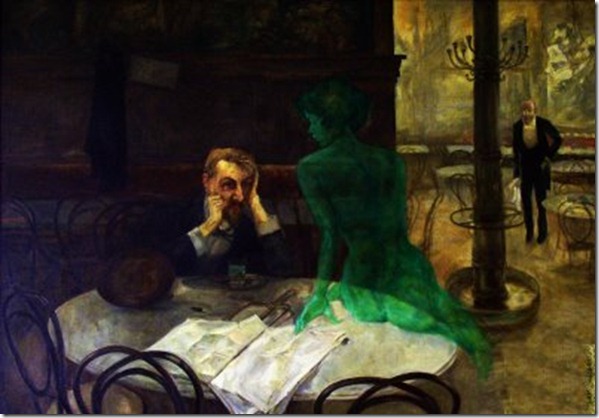 It is as if we as part of Nature are also regulated by Nature, that the very effects of our overpopulation and our straying from a cooperative ecological niche for our species result in consequences that are inevitably going to bring us back into line …one way or the other! 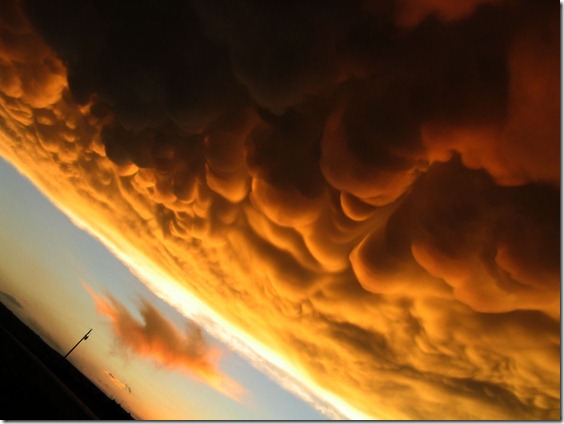 Continue with Gaia Heals HerSelf: So Far Astray and With Global Cabin Fever, We Are Forced to Look Inward and Go Back to the Drawing Board

Return to The Consciousness Revolution They Don’t Want You to Notice. It’s Inconvenient for Them, Initially Hard for Us, and Hopefully Not Too Late: Healing Crisis, Part 6

Activist, psychotherapist, pre- and perinatal psychologist, author, and environmentalist. I seek to inspire others to our deeper, more natural consciousness, to a primal, more delightful spirituality, and to taking up the cause of saving life on this planet, as motivated by love.
View all posts by sillymickel →
This entry was posted in Activism, anthropology, Economics, Environment, globalrevolution, Health and wellness, History, News and politics, occupycollege, occupywallstreet, Spirituality, WeThePeople and tagged America, culture, current-events, Environment, extinction, filthy rich, Media, nature, neutron-bomb, pain, perinatal, planet, politics, prenatal, psychology, Republicans, science, society, travel, trickle down theory. Bookmark the permalink.

5 Responses to We Discovered the Heart of the Problem in the Heart of America: Our First-Hand Look Into “Tinkle-Down” Economics, Reagan-Style, and Where It Would Lead