Obvious “Truth” – Both Parties Funded by Special Interests: Democrats’ “Special” Interests of Unions, Education, Health, Elderly Only Benefit Those Who Work, Think, Get Sick, and Age

Creating a (Not So) American Life, Part Five: So, What Is a Special Interest? Republicans Benefit Corporations, Democrats Benefit People, So They’re Equal? 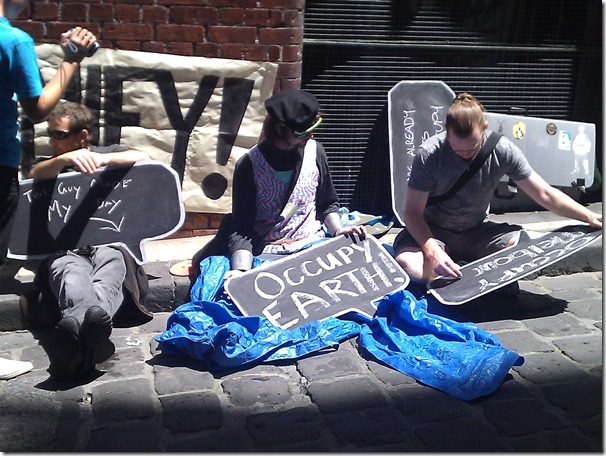 So, what is a special interest now? Ok, so, is the American public a special interest? Wait, I thought the government was supposed to be for the people. Now if the people are workers, primarily; and at one time there was a lot of them that were union workers, ok? But even if they’re not union workers, aren’t the unions aiming for benefits for their membership that also carries over to the non-union workers? If the unions are able to get medical benefits, for example, which is one big thing that they pushed for, well then it became common for all workers to get medical benefits.

Is It a “Special” Interest If It Benefits Virtually Everyone? 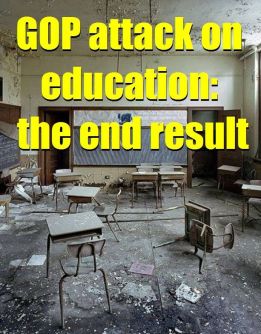 Ok…that’s a special interest? I thought special interest was something that was against the interests of the American people and it was only going to benefit a certain small segment, a certain handful of people. That’s why it’s called special, isn’t it? But there’s the Republicans saying, “Oh, they’re unions, workers benefits are for unions.” And I just wonder if the unions are just a handful of people, who the hell is making all the stuff in America, who’s building the buildings, who’s…? Geez! I think you got the point.

For, I’m sure you’ve all heard it, and I’m sure you’ve all accepted it that “unions are special interests.” But I just don’t get it how…well maybe I don’t have a high paying job, or anything like that. But I work…doesn’t everybody?..I’m a working person and unions aren’t against me. I just wish there were more unions, so that whenever I would have a job or something like that I could have one to represent me against the powerful corporate owners.

Put Out to Cover Up and Confuse

So here, quite clearly, we have one of those obvious “truths” put out to cover up and confuse clear thinking: Unions are a special interest.

But what else is a “special interest” for Democrats? Oh, it’s the teacher’s union or stuff like that, or, education.

Education Is a “Special” Interest … It Is Only for Those Who Own Brains.

I’m starting to get sick here. I don’t quite get it. I mean I’ m getting confused, you know what I mean. This is what I’m talking about, this is that irrationality: Special interest, education? Aw, c’mon, c’mon, I want to say.

An America Without People Is an America That Doesn’t Need Education.

I mean, c’mon, aw, c’mon, somebody, somebody point out that education is not a special interest. It’s… Jesus! We won’t have an America in the future unless we have kids!

Not to mention how can it be a special interest if were we to give more money to education, we would have better educated people growing up…these people would even benefit the corporations by being better corporate employees. They would, in fact, benefit all of society by making better decisions.

We Kind of Know How That Works (Stupid People Running Things).

Bush Gets Presidency—Kind of Like He Won the Lottery.

Such things that happened under Bush are incompetencies that never happened before. Never! Not even under Republicans. We got Bush here, taking more time off from the presidency than any president in history…it was kind of like he thought he won the lottery or something. Didn’t even bother to look like he had a job to do. Wasn’t his first press conference something like ten months after he was sworn in?

Obama Gets Presidency—Kind of Like He Got a Job!

Now, contrast that with Harvard Law Review editor Obama. How many press conferences did he have after taking office? How frequently have you seen him on the job? He’s handling some of the biggest problems this country has every had. And people are impressed that he can do it. And there’s so much of it. So, isn’t intelligence kind of a good thing for us all?

Anyway. You get the point. Education a special interest? Seriously now.

Obvious “Truth” – The Sick and the Elderly Are “Special” Interests

Health Care Is a Special Interest…. It’s Only for People Who Have Bodies.

The Elderly Are a Special Interest…. It Only Benefits Those Who Are Affected by Time.

And is it really necessary to point out that seniors and the retired are not a special interest? I suppose if you’re thinking the current group is the last humans ever to reach an advanced age it would limit their numbers some.

So unless we all suddenly stop getting older, help to the elderly and the retired is help to us all; it is not special. Am I not right? 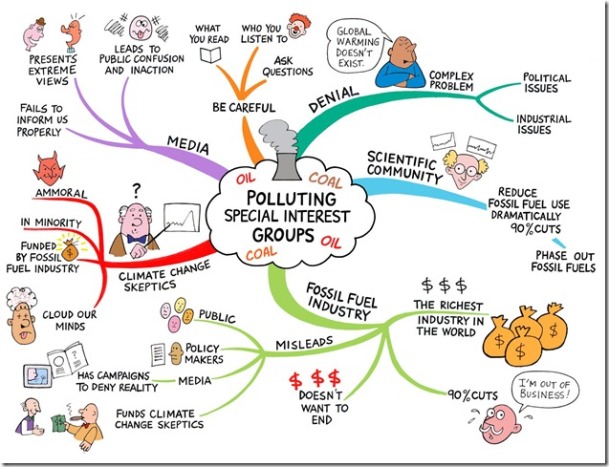 Continue with It’s the Internet Versus the Matrix: Corporations Fund the Elections of both Republicans and Democrats? Then I Must Be a Corporation

Return to If Both Parties Are Equally Funded by Corporations, Why Have Democrats Always Been Woefully Underfunded? Money Changing Everything – The Planting of Lies

The Rise and Fall of “Obvious Truths,” Part One – an Audio Reading by SillyMickel Adzema

The Rise and Fall of “Obvious Truths”: Part One. by SillyMickel Adzema

Continue with It’s the Internet Versus the Matrix: Corporations Fund the Elections of both Republicans and Democrats? Then I Must Be a Corporation

Return to If Both Parties Are Equally Funded by Corporations, Why Have Democrats Always Been Woefully Underfunded? Money Changing Everything – The Planting of Lies