Babies Had Better Smile: Planetmates tell us, Adult conformity and sycophancy has roots in the newborn’s needs to win its congeniality contest, or else.

The Earliest, Deadliest Beauty Pageant: To Survive, Babies Must Be Adorable – The 22nd Prasad of The Great Reveal from the Planetmates

Traits in helpless newborns making them seem less burdensome or more appealing were selected for.

Butterfly is First Consciousness at The Twenty-Second Prasad.

Since newborns were increasingly seen as handicaps in the survival competition you created among yourselves, those that had traits fitting with the crazed perceptions of the fully growns were selected for survival increasingly.

It was around the time of ultimate control occurring with agrarian and sedentary-accumulating-conforming ways that non-care and death for newborns was common. Newborns were often and routinely abandoned, deprived, even killed.

Your species could not, of course, thrive during this period; and you would have died off if not for the fact that some of your humans were not as crazed as others and so carried out at least the minimal amount of care-giving for some newborns

to reach maturity and themselves have offspring. During this

period, also, there were advantages for survival of newborns who had certain characteristics. Since newborns were increasingly seen as handicaps in the survival competition you created

among yourselves, those that had traits

fitting with the crazed perceptions of the fully growns were

selected for survival increasingly. So traits in helpless newborns that made them either seem less burdensome or more appealing were selected for and increasingly prevalent. (to be continued)

Paraphrase/ Elaboration of “The Twenty-Second Prasad” — by SillyMickel Adzema

Your extremely controlling proclivities reached a peak with your agrarian and sedentary lifestyles. Of course the flip side of controlling was conforming or sycophancy. An offshoot of these tendencies was that newborns were considered a burden, which meant that non-care, abandonment, and death for your most dependent was common and ever increasing.

Self-absorbed and/or controlling adults—riddled with imaginary fears from early perinatal traumas—would be more likely jealous than caring of even needier newborns and toddlers. 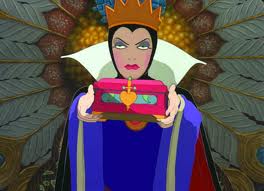 So murder of newborns—infanticide—became ever more a possibility.

So these traits were not conducive to the vitality of your species and they would have ended your line if not for a few factors and developments.

One is that not all of your humans were as crazed as those who would kill or abandon babies. Your species

still had access to biological impulses for affection and spiritual ones of unity with the psyche of the Other. It was because of these that a sufficient number of your young made it to reproductive maturity, enough to save your species from extinction. They would be able to have young of their own upon maturity, so you did not die out.

But there was another thing that was quite important. Half-born human infants are, in all of Nature, the neediest young ones, and the most helpless. This makes their care indeed quite a chore. Through natural selection, you would have

more and more newborns with appealing traits. Non-fussiness, repression of needs, extreme tolerance for discomfort and pain, and traits that adults would find appealing were all selected for in your young. So these traits also became more pervasive in your species.

Newborns were a burden in the unnaturally intense race for survival you created for yourselves out of pain. However, to the extent that these young had traits that fit with the unnatural needs or wants of your

manic adults, they would better survive and more likely grow to have offspring themselves. All in all, your species would be increasingly characterized with traits that had roots in your neonates’ needs to win its beauty pageant and congeniality contest, or else.

Continue with The Great Reveal, Chapter Thirty-One: The Twenty-Third Prasad from The Planetmates