Through the Controller-Conformer Alliance the more twisted of you beat out more authentic humans resulting in the environmental crisis today: The 18th Prasad

The Controller/Conformer alliance dominated in the struggle humans created.

Giraffe is First Consciousness at The Eighteenth Prasad.

[T]he twisted behaviors and minds that define your species began the final evolution to...you today and creates this rare, nearly unprecedented possibility of planet death in a relatively instantaneous future. 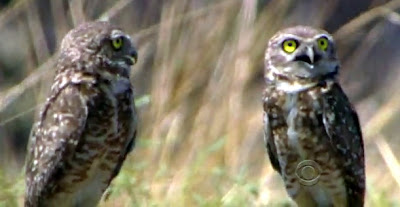 So, Controllers and Conformers had survival advantages over more authentic and less conniving humans. The traits that characterized them, therefore, were to increase in humans as they would pass these traits to their offspring through both example and heredity, and these offspring would be both greater in number and have survival advantages themselves over those more authentic humans.

Thus, the twisted behaviors and minds that define your species began the final evolution to the most inauthentic and unwholesome beingness that characterizes you today and creates this rare, nearly unprecedented possibility of planet death in a relatively instantaneous future.  (to be continued)

Paraphrase/ Elaboration of “The Eighteenth Prasad” — by SillyMickel Adzema

Of course those of you who accumulated more and controlled others allied with their conforming, sycophantic underlings would be able to win out in the struggle over resources over those more authentic and less conniving of you. So controlling and conformity traits would ascend as traits in your population.

Not only would these dominating and subservient traits be passed along to your children through heredity but also through nurture and example. Your offspring with such traits would be great in number and your population would increasingly see and produce such inauthentic, more twisted humans. These unnatural traits do provide a temporary edge in the competition you created for yourselves.

So, because of these ruthless traits the more twisted of you would be able to win out more often in the struggle for survival over more authentic humans as well.

In this way, your evolution to the depths of depraved Nature that we observe in you today was brought about. This was the final fall in your devolution from wholesome beingness to the twisted and inauthentic state you find yourselves in today—a state so unwholesome as actually to be capable of bringing down all life on this planet, along with your own, in as short a time as just an instant.

Continue with The Great Reveal from the Planetmates, The Nineteenth Prasad: Over-Accumulation, Ego, and Attaining Ultimate Unnaturalness

Return to The Great Reveal from the Planetmates, The Seventeenth Prasad: Nascent Class War 20,000 BC