Skipping to the point here. People can be made to feel good about things of themselves they are not sure of.

How to Make Someone Love You: Tell Them Something Wonderful About Themselves They Normally Doubt Is True

make them see themselves positively, the thing that would feed their slanted bias toward themselves…. Ok, I’ll finally use the word:  The thing that would prop up and feed a person’s “ego” or the belief in one’s goodness, superiority, and so on, in a world of so many others, well that makes one feel good, whether it is true or not.

So, we see that the intention of this pathetic public pronouncing of a superior human will to live is to salve the egos of the masses.

Why does it feel good? Because it is universally true that the ego is in constant assault from something which makes it feel not good.

What is that thing that makes people feel not good about themselves, so that being told something that counters that would make them feel good? Well, the answers, by psychologists since Freud, have many terms attached to them. And by the way, before the psychologists there were the theologians attempting to answer this. But Freud’s analysis not only answered it, but put it in the largest context possible—one into which both psychologists and theologians would find an inroad.

We can say, to backtrack a bit, that this pandering by those in front of audiences makes people feel good because it supports the defense system that

all humans have erected against the real truth—that zeitgeist-shattering one that Freud was first to fully explicate. It feels good because it supports the denial that all humans have against the real truth that they feel about themselves, one of the things that human societies universally consign to that black hole of the Unapproved and Hidden.  [Footnote 1] [continued after video]

So this repetitive obvious truth about humans having a strong Will to Live is repeated to please audiences and make them feel good—”people-pleasing”—because it is a salve to the egos of the masses, which in reality are not merely bruised. 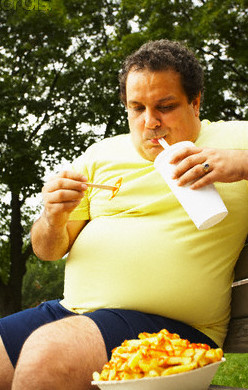 No, this goes directly toward propping up a particular defense, a particular denial that we all carry. And that denial is that, IN TRUTH, humans don’t at all feel like they have a tremendous Will to Live. How can I say that? Well, how many things do you know you do which are “not good for you”? How many things do you not do which you know would aid the cause of our supposed universal desire to Live and to Live as long as possible?

The point is that humans, along with a Will to Life that is undeniable, also have a Will to Death.

How many times have you woken up, thought about all the pressures and obligations, or complexities, responsibilities…. thought about all the seemingly insurmountable obstacles or challenges that you are facing… thought about all the things that just have to get done, yet you feel that you could not possibly have the time to do all of them….   How many times have you woken up and felt overwhelmed with what life has become and not wished to just curl up, go back to sleep, and never wake up again? How many times have you taken to drugs or intoxicants in full knowledge of their negative and even dire concomitants and simply thought to yourself, “Aw, what the hell. If I were to die, so what?  What’s so great about life anyway?”  Or, with less clarity, simply said, “Well nobody lives forever!” 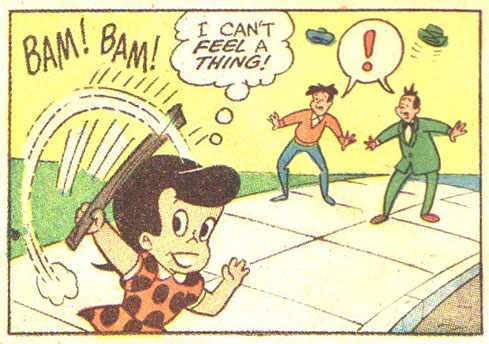 Do they sound like the pronouncements of a species that has a tremendous will to live? No, in fact, alongside our Will to Live, we have not only a Will to Die, but even a will to self-destruction.

Right about now, it might be occurring to you how this makes sense of so much, seemingly insane, human behavior we’ve seen of late.

This Will to Die explains why we continue nonchalantly our march to armageddon. It shines light on how we can suck up air in cities that gives us raging allergies, clogs our lungs as bad as chronic smoking would, and will kill off the children we raise there long before their times. It reveals how we could drink poisoned water, blithely go about our business as the globe fills up with nuclear radiation and makes its way into our food supplies and as our government refuses even to test for it,

and turn our backs as the oceans die, and killer tornadoes, hurricanes, earthquakes, and tsunamis chalk up thousands in the kill column. It explains why people allow themselves to be enslaved and controlled by others—allowing fascism in established democracies—unconcernedly voting for rabid folk who would take away their rights and security and bring down their freedoms, health, and even lives, while watching those living under totalitarian systems risk their lives for a such freedom and rights and democracy. So much more.

Now, the intention here is not to repeat all that Freud and psychologists have said in showing how this works. Besides, just look at the evidence around you of addiction,

And by the way, if we have such a strong Will to Live, superior to all other species, then explain why it is so that we are the only species that has suicide? And we’re supposed to be the conscious ones?

What Freud pointed out has tremendous explanatory power, especially now in our current worldwide financial upheaval, depression/recession, expanding global fascism, nuclear meltdowns, oil spills, near environmental collapse, wars and terrorism, nuclear armaments of planetary annihilation, and tendency to pollute body as well as environment, and even to do it thoughtlessly, in full knowledge of the consequences.

Continue with The Only Important Question and About That Inner Monster of Yours: Thanatos Walking, Pt 4

Return to Our Dogma Barks Out Our Specialness: Thanatos Walking, Pt 2

1.  The “Unapproved and Hidden” is discussed in the chapter, “The First Prasad,” in my book, The Great Reveal by SillyMickel and the Planetmates. The planetmates describe the origins of this tendency of ours to need to speak out our supposed specialness, tying it to our creation of the Unapproved and Hidden in societies. I write about this more generally on one of my blogs in particular, “Sillymickel’s Blog of the Obvious Unspoken Things.” [return to text]

Continue with The Only Important Question and About That Inner Monster of Yours: Thanatos Walking, Pt 4

Return to Our Dogma Barks Out Our Specialness: Thanatos Walking, Pt 2