And before the corporations there were the rich of other economies—the filthy rich nobility that kept the peasants as virtual slaves.

The point, I guess, is that we are all taught something quite different about America, from kindergarten on up. So since it is all untrue, I wonder how different it is from the brainwashing and propaganda that we heard that totalitarian societies engage in, especially the Communists in the Soviet Union that were used as examples for most of my life. [Footnote 4] 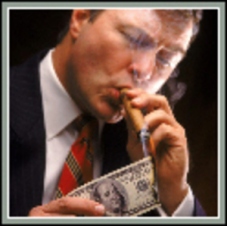 But is it corporations that do these things, the enslaving? Let’s say it exactly so we can pinpoint who are really the actors. Is it not the people who own/run the corporations? So, that, in my opinion, makes it what one network (CNN, I think) who did a documentary a couple years ago on the obscenely increased wealth and power of this class (occurring during the Bush Administration) termed “the Filthy Rich.” I think it is high time we started being specific about who is running this country into the dirt.

At the same time, it was deemed a good idea to train people for corporate niches that were becoming increasingly complex.

So liberal arts ideals were bulldozed away to make room for the career tracks leading directly into positions in management, medicine, law, and many new and highly specialized niches—usually the kind of specialization that would not occur until the postgraduate years, or after graduation directly on the job.

I’m talking about such tracks as international finance and the like. Students were no longer taught the great ideas of the millennia, ideas that had stood the test of time and influenced numerous societies and nations and individuals. Rather, if corporations were seen or heard to be needing, say, people knowledgeable in inter-managerial, mid-corporate, communicative intercourse and response, well entire four year programs were built around that. Add that kind of narrowly focused citizenry with its ephemeral knowledge and you have the kind of population that will do the bidding of the overseers and be happy for their fat paychecks—until their narrow niche of “knowledge” becomes obsolete because of the development of a new way of approaching or handling things, equally as ephemeral, but more efficient or something, and itself to become outmoded eventually. 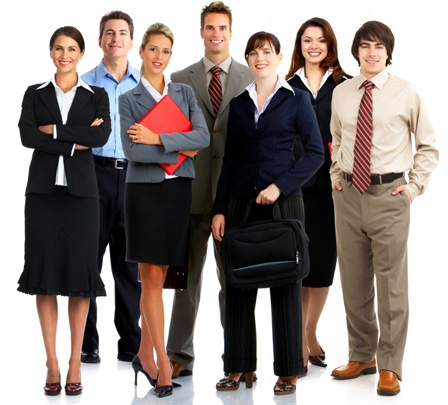 They will be happy for their paychecks, not knowing of any higher ideals than greed and accumulation. They will not know of their manipulation, would not know of the historical predecessors to it or the like. They would not have training in original thought but rather in training in decided upon processes and procedures and the jargon accompanying it.

So they would become rote learners of narrowly applicable and short-lived “knowledge.” This would remove the educated class as a barrier to any kind of totalitarian efforts. So we can consider ourselves to be better in America. For totalitarianism—as, for example, under Stalin, Mao, or the Khmer Rouge—is usually accompanied by the slaughter of the educated. In my own lifetime, in Cambodia at least one million were killed wantonly, anyone with education was slated for death.

But in America, we are better because we just seduce folks away from higher aspirations of the soul to the lower base impulses that are satisfied with what money can buy. The corporations buy their

talent and their potential for high achievement and all the rewards that come with rich lives of insight and personal growth. In exchange for their moneyed positions they receive an enlightenment lobotomy. Should people feel dissatisfied—as we psychologists and liberal arts thinkers know they will sooner or later—others of their kind who took the medical or pharmaceutical tracks have conveniently produced the sedatives, palliatives, and opiates to keep them numb. I guess you could say these are the “breathing holes” that Kurt Cobain talked about. They may put you in a jar, but they’ll give you “breathing holes,” and you’ll think you’re happy, he sang.

Activist, psychotherapist, pre- and perinatal psychologist, author, and environmentalist. I seek to inspire others to our deeper, more natural consciousness, to a primal, more delightful spirituality, and to taking up the cause of saving life on this planet, as motivated by love.
View all posts by sillymickel →
This entry was posted in Activism, Economics, Education, globalrevolution, History, News and politics, occupycollege, occupywallstreet, psychology and tagged corporation, educated, education, enlightenment, higher, Kurt Cobain, laundry room, rat race, sad, Sappy, specialization. Bookmark the permalink.