We Are a Fever…Ain’t Born Typical

How are we to characterize these strangest of days and the current unprecedented global condition? As I have said, they are driven by what I call an emerging perinatal unconscious. As The Kills sang it, most aptly, “We ain’t born typical.” [Footnote 1]

We Are a Fever .. We Ain’t Born Typical – The Kills

Why perinatal? First, let us remind ourselves that perinatal means, literally, “surrounding birth.” As a one-time college instructor of pre- and perinatal psychology and as an editor of a professional journal concerned with perinatal psychology— as well as a psychohistorian, let me explain what might be considered elements of a perinatal unconscious.  [Footnote 2] 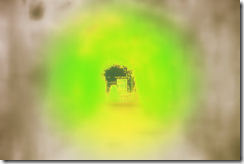 The elements I will describe are near universally accepted among perinatal psychologists as unconscious forces, factors, matrices that exist in us all as a result of a human birth that is unique, by comparison to all other species, in its degree of trauma and hence of its impact or imprint on what we might call—dare I say the word—our “human nature.”

These perinatal elements have come to our understanding through the efforts of both the inner explorations of experiential pioneers into the perinatal, as well as the hard empirical work of pre- and perinatal researchers. I might also point out that I, myself, have nearly forty years of experiential exploration into these perinatal elements. My experiences confirm, in my own mind, their absolute validity, as well as validating for myself the theoretical constructs put forth by others to describe and explain them.

Be that as it may, these perinatal elements in the unconscious have been described most thoroughly be three figures in particular: Stanislav Grof, Arthur Janov, and Lloyd deMause. 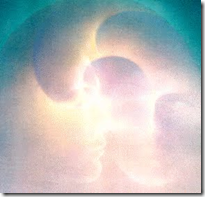 It might help, also, to keep in mind that entire new fields of pre- and perinatal psychology, primal psychology, and to some extent, transpersonal psychology have grown up around the existence of these perinatal factors. These unconscious perinatal elements have, at this point, been confirmed by thousands of researchers and hundreds of thousands, if not millions, of experiential voyagers into the perinatal unconscious.

For the author’s reading, with elaboration, of this chapter, click on the link to the audio site above or click the audio player here:

Based upon all this, then, let us look at some of the elements, in general, that characterize this perinatal unconscious.

Stanislav Grof describes basic perinatal matrices (BPMs)—in other words, typical experiential constellations related to our births. These happen to be very much akin to deMause’s perinatal schema, with some slight differences in emphasis, and more elaboration on the part of Grof. So let us use Grof’s schema as a basis.  [Footnote 3]

Grof’s Basic Perinatal Matrix I, or BPM I, involves the experiences and feelings related to the sometimes, or at least relatively, undisturbed prenatal period. The prenatal period is that time in the womb sometimes characterized by feelings of peace, complete relaxation, and a feeling of all needs met, or “oceanic bliss.”

BPM I corresponds to deMause’s societal periods of “prosperity and progress,” which he claims are accompanied by feelings and fears of being “soft” and “feminine”—understandably here,

for in BPM I, that is, prenatally, the fetus is largely identified with his or her mother and is very much “soft,” i.e., undefended.

Since the time in the womb may also be disturbed by toxic substances that the mother ingests—drugs, chemical additives, and so on—as well as by disturbing emotions that the mother experiences, which release stress hormones into the mother’s bloodstream, which then cross the placental barrier and affect the fetus, BPM I is also sometimes characterized as feelings of being surrounded by a polluted environment and being forced to ingest noxious substances, toxins, and poisons, which sickens the fetus.

In Grof’s schema, BPM I is followed by BPM II—that is, Basic Perinatal Matrix II—which are experiences and feelings related to the time of “no exit” in the womb and claustrophobic-like feelings occurring to nearly all humans in the late stages of pregnancy and especially with the onset of labor, when the cervix is not yet dilated. Since there does not seem to be any “light at the end of the tunnel”—metaphorically speaking—it is characterized by feelings of depression,

guilt, despair, and blame, and a characterization of oneself as being in the position of “the victim.”

It is very much like deMause’s period of collective feelings of entrapment, strangulation, suffocation, and poisonous placenta, which he has found to precede the actual outbreak of war or other violence.  [Footnote 3]

This of course is followed by BPM III (Basic Perinatal Matrix III), which involves feelings and experiences of all-encompassing struggle and is related to the time of one’s actual birth.  Characterized also by intense feelings of aggression and sexual excess—in the position, now, of “the aggressor”—it is related directly, in deMause’s schema, to a time of actual war.

Basic Perinatal Matrix IV (BPM IV) follows this; it corresponds to the time of emergence from the womb during the birth process and is characterized by feelings of victory, release, exultation.

But also sometimes, after that initial relief of depression—when the struggle does not bring the expected rewards, as when, during modern obstetrical births, the neonate is harshly treated and then taken away from the mother, disallowing the bonding which should occur, naturally, immediately after birth.

In my own experience, the exultation and relief of release was replaced suddenly by feelings of being assaulted by the attendants at my birth (which of course they thought of as “attending” to me) as they went about roughly removing mucous from my mouth; prematurely cutting my umbilical cord to leave me struggling for breath; scrubbing, weighing, measuring, and otherwise probing me; and wrapping me like a tamale and taking me away from all I had previously known…i.e., my mother. This felt like ritual abuse to me, and I have often likened it, after the intense period of compression and crushing before birth, to a situation of “going from the frying pan into the fire.”

At any rate, this experience of actual emergence or birth coincides, societally, with deMause’s period of the ending of a war.

In summary, we have euphoric, oceanic, blissful feelings, sometimes feelings of being poisoned or being in a toxic or polluted environment; followed by crushing, no-exit, depression, claustrophobia, compression, strangulation, suffocation, and being force-fed by a poisonous placenta; followed by struggle, violence, war scenarios, birth/death fantasies, sexual excess; and finally release, triumph, feeling of renewal or rebirth and a new golden age, but also possibly of being abandoned, tortured, ritually sacrificed, probed medically, and assaulted by sensations. These are some of the elements that characterize the experience of the perinatal unconscious.

For Dreaming Out Loud!

In the next chapter we will take a look at how these elements have erupted into our collective dreams in recent history. By this I mean, we will see how our artists and creative people have projected them into the media, movies, and TV–in which we all participate–and how our fascination with them, because these artists are reflecting things that exist deep inside of ourselves as well, has caused them to grow, creating the dominant underlying mythos of our time.

Continue on this site with
Apocalypse – No! Chapter Eight:
The Perinatal Media

1.  Chapter titled with appreciation and admiration to The Kills for their recording, U R A Fever. The lyrics go, “I am a fever, you are a fever, we ain’t born typical….” and so on. The music video produced is similarly brilliant. Together, it is a production bordering on genius. The video contains levels of meaning that are only obvious on subsequent viewings. I reproduce it for the second time in this series, above in this part, for the convenience of the reader.

Walk you to the counter

What do you got to offer

Pick you out a solder

Look at you forever

Walk you to the water

Find a piece of silver

Pretty as a diagram

And go down to the Rio

Put it in my left hand

Put it in a fruit machine

Living in a suitcase

Meet a clown, fall in love

went down to have you over

Going ’round a break up

Take you to a jukebox

Pick you out a number

And that’s our arrangement

Dancing on the legs of a new-born pony

Keep it up son

Go ahead and have her

Go ahead and leave her

You only ever had her

When you were a fever

2.  In the Pre- and Perinatal Psychology Newsletter I was applauded for being the first person in the United States to teach the subject of pre- and perinatal psychology at the university level and—as it was said, remarkably—for doing it while still a student. I did this at Sonoma State University, in Rohnert Park, California, in the years 1994 and 1995, beginning while I was still a graduate student.

Subsequently, I became the editor of the professional journal, Primal Renaissance: The Journal of Primal Psychology, formerly published by the International Primal Association. Much of the contents of its issues were later posted to my website, Primal Spirit, where they can still be viewed.

These are among my many credentials in this field, where I have studied and trained from 1972 till this day.  [return to text]

Continue on this site with
Apocalypse – No! Chapter Eight:
The Perinatal Media